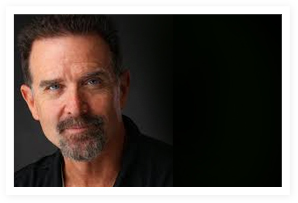 Steve Patrick is a strategic advisor, consultant, contractor/PA coach and the author of the contractor-acclaimed book ‘Win the Claim Game by Leveling the Playingfield.’ Steve is a top-rated speaker at a number of national conventions/conferences on many topics related to insurance restoration contractors and PAs dealing with claims adjusters. He is well known for his practical application of high-quality content. He is widely recognized throughout the industry as a coach to contractors, PAs and plaintiff attorneys across the nation how to overcome unreasonable, uncooperative and even unscrupulous carriers. Steve has been serving the construction and insurance industries performing appraisal dispute resolution, including umpiring for 18 years. While serving consumer clients as an appraiser, he has only failed to get GCO&P a total of 7 times in well over 2,000 appraisals. Steve is the co-founder of LP Loss Consulting – an insurance appraisal firm with 20 appraisers nationwide.

Steve is a former roofing/general contractor and is still a commercial large-loss general adjuster. He performed work as a claims adjuster on every hurricane in the US from Ivan to Sandy (2004-2012). He has also adjusted numerous hail, wind and flood losses as well as daily claims including fires, water losses, theft and casualty claims (including a murder). Steve was promoted to the position of commercial large-loss general adjuster within four short years of beginning his adjusting career. While adjusting large commercial losses on Hurricane Sandy, he adjusted 18 entire school districts – 200+ buildings on Long Island. All claims closed within 3 months, with only one supplemental claim. Steve has served as an expert witness in court testifying in regard to many aspects of proper adjuster conduct. From 2006 until 2015, Steve ran a successful claim’s adjuster licensing and training school in Dallas, Texas and even served as an instructor at the acclaimed Arlington, TX campus for Vale Training Solutions as well. Steve has authored four comprehensive workbooks for the catastrophe claims industry.